Renamed Bowes Railway Co, it was formerly known as the Pontop and Jarrow Company and previous to that the Springwell Colliery railway. The colliery and railway were first proposed by Lord Ravensworth and Partners, a group of local coal owners, known as the Grand Allies, one of whom was John Bowes great grandfather George Bowes.

They began sinking Springwell colliery on May 8th, 1821. Two miles west, they owned the older Mount Moor colliery, which had been transporting coal for over one hundred years by a horse-drawn wooden railway to the River Wear at Washington. Here, only small boats could be used and then the coal had to be taken to much larger ships along the river to Sunderland. It was decided that it would be much more efficient to link Mount Moor with Springwell and straight down to the River Tyne at Jarrow staithes.

Originally an 11 1/2 mile railway was proposed by John Buddle, including six rope-worked inclines. However, they later handed the project to colliery engine wright George Stephenson who designed the present railway from Mount Moor pit (Black Fell) to Jarrow via Springwell using three incline planes and a locomotive worked section. Construction of this unique, rope-worked incline system, was overseen by his younger brother Robert Stephenson.

The line opened on 17th January 1826 using the inclines and horses, until the new steam locomotives were delivered in April 1826. The railway was extended to Kibblesworth in 1842, Marley Hill in 1853, and Dipton in 1855, increasing the length of the line to 15 miles. The line continued to operate in the same methods using six inclines, (two gravity worked and four powered inclines) and two locomotives worked sections at either end of the railway. 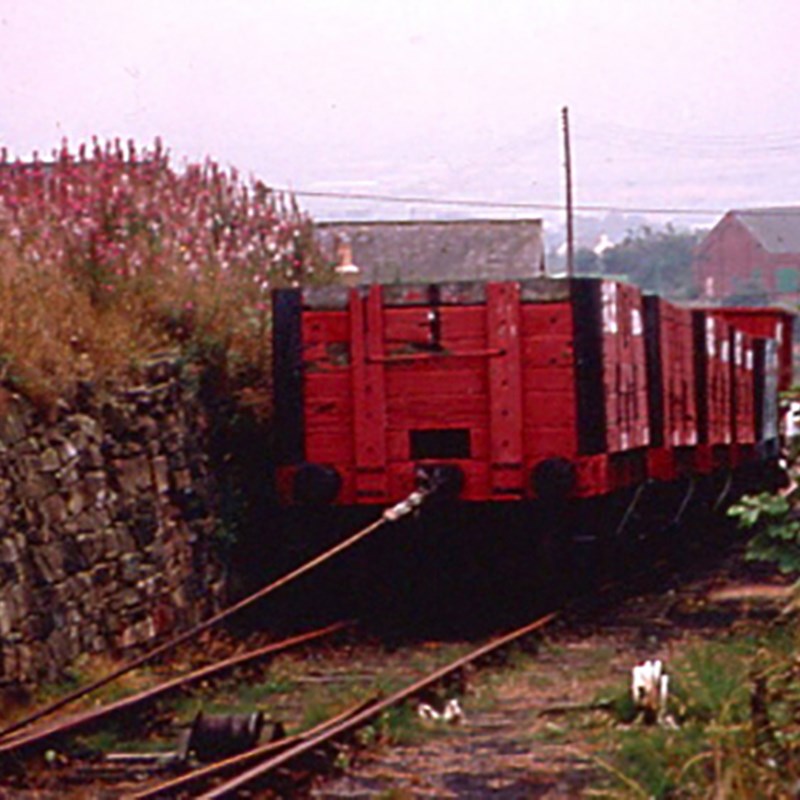 John Bowes, son of John Bowes 10th Earl of Strathmore and Kinghorne, was born in 1811 and died in 1885. He was raised at the family's substantial Gibside home near Rowlands Gill. His mother, Mary Milner was a housemaid and was not initially wed to his father until nine years after he was born. For this reason, John did not inherit the title of Earl following his fathers' death, although he did become a landlord to his fathers' estates across England.

His great grandfather, Sir George Bowes had been a wealthy coal baron and was part of a wealthy group of coal /land owners known as the 'Grand Allies' who were formed to develop and control coal production in the local area. Although John lived mainly in France, he did launch the Marley Hill Coal Company in 1839. His intention was to reopen Marley Hill Colliery which had been started prior to 1700. The Tanfield Waggonway having been originally built by the Grand Allies.

In 1844, a young Charles Palmer joined the company, later becoming a managing partner in 1846. The name of the company was then changed in 1847 to John Bowes, Esq & Partners.

Palmer purchased collieries in Burnopfield and Crookbank and also the railway which ran west of Marley Hill to these pits. Coal mined from these collieries was transported to Dunston by the Brandling Junction Railway's Tanfield branch which had been recently modernised from wood to metal.It was decided that it would be more cost-effective to transport the coal directly to ships at Jarrow Staithes, so in 1850 Palmer acquired Springwell Colliery railway, Kibblesworth Colliery in 1851, along with its railway, then in 1852, St Andrews House Colliery which stood adjacent to Marley Hill. In order to connect them together, Palmer needed one final piece of two and 1/4 miles of the railway line which he managed to persuade Lord Ravensworth to eventually lease, allowing construction of a new self-acting rope worked incline, which was completed in September 1854.

In 1855 the line was extended from Burnopfield to Dipton and by 1860 Charles Palmer had taken control of a fifteen-mile stretch of railway from Dipton to Jarrow. It was given the name Pontop and Jarrow Railway.

In 1932, the Pontop and Jarrow railway was re-named the Bowes Railway, in honor of the Bowes-Lyon family, ancestors of the Queen-mother, who were major shareholders.

In 1947 the line became part of the National Coal Board which made a significant investment in the railway to improve efficiency. A good example of this was the introduction of electricity, which replaced many of the steam-driven machinery in the workshops and notably the steam winding engines at Blackham’s Hill in 1950. The final adaption to the railway was the link constructed to the neighbouring Pelaw Main railway which was constructed in 1955. The line closed beyond Kibblesworth in 1969, with Kibblesworth now being the only colliery sending its coal via the Bowes railway. The closure of the Kibblesworth pit took place on the 4th October 1974 and brought an end to most operations, with closure finally coming in November 1974.

The final section of the line that remained between Springwell Bankfoot and Jarrow Staiths was used as the Monkton railways – this served a coal washery but the final rail traffic on this remaining section was on the 10th January 1986 when it was closed by the National Coal Board, leaving only the preserved sections of the railway in operation.

The 1½-mile section between Black Fell and Springwell was saved by Tyne and Wear County Council, as well as the Springwell workshops and 40 wagons from the railways fleet, were saved for the nation. The site preserved three original locomotives for use as well as demonstrating the two remaining inclines. The railway was later made a scheduled ancient monument, the preserved workshops later helped build a replica of Stephenson’s rocket. In 1979 the Pelaw Main spur was re-laid for passenger use and finally, in 2002 the site was granted museum status.

As well as the Bowes Railway two other parts of the railway have been preserved, the Marley Hill shed forms part of the Tanfield Railway and the Springwell Bankfoot locomotive shed is now the home of the North East Bus Preservation Society.